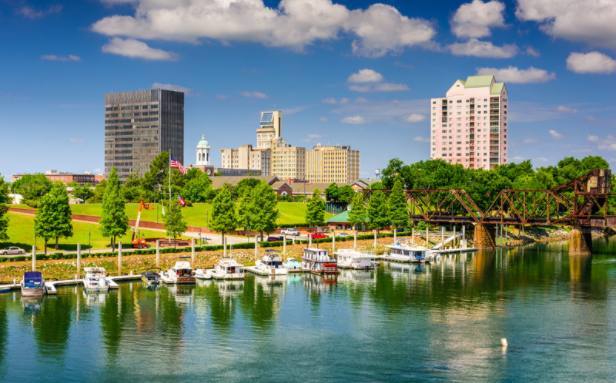 Hit a hole-in-one with a camper rental in Augusta. The Garden City is famous for its Southern hospitality, old-world charm, and the Masters Tournament. Augusta is also a vibrant city known for its live music and as the hometown of the "Godfather of Soul" James Brown. Augusta is a relaxing destination for a family holiday — take a stroll along the Augusta Riverwalk, tour the Morris Museum of Art, and then chow down at one of over 100 eateries.

The best time to rent a fifth wheel in Augusta is during the spring when temperatures stay in the upper 60s and lower 70s, perfect for a stroll along the Savannah River. You'll also get to catch top events like St. Patrick's Day Parade and the world-famous golf event, the Masters. Make your next adventure in the Peach State sweet with a road trip to Augusta. 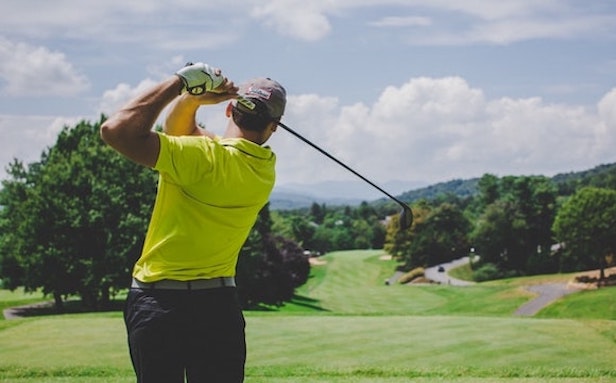 Things to do in Augusta

Once you've found the perfect Augusta RV campground, you'll be ready to explore the city. You shouldn't have much trouble driving your RV around the Garden City, with Interstate 20 offering easy access to downtown. Just be wary of driving in mid-April when around 40,000 golf fans flock to the city for the Masters. You'll also find several stores near downtown, like Walmart, where you can park your motorhome for the day.

Augusta is the second-oldest city in Georgia and has some fascinating museums, including the Morris Museum of Art. The Morris Museum of Art is one of the oldest museums in the U.S. dedicated to the American South and has a collection of over 5,000 artworks. The collection includes everything from abstract paintings by Radcliffe Bailey to depictions of famous battles from the Civil War.

One of the most interesting historical sights in Augusta is the Boyhood Home of President Woodrow Wilson. The 28th president of the United States grew up in this house during the Civil War. The house is the oldest presidential residence in Georgia and a National Historic Landmark. Visitors can take a tour, see artifacts, and learn the history of former President Woodrow Wilson and his family.

Augusta is a beautiful city well worth exploring fully, and one of the best ways to see downtown is from the Augusta Riverwalk. The Augusta Riverwalk runs for several blocks along the Savannah River, passing landmarks like the Heroes’ Overlook and Saint Paul's Church. Highlights along the Riverwalk include the Japanese Garden and the Jessye Norman Amphitheater, which regularly hosts concerts and festivals. 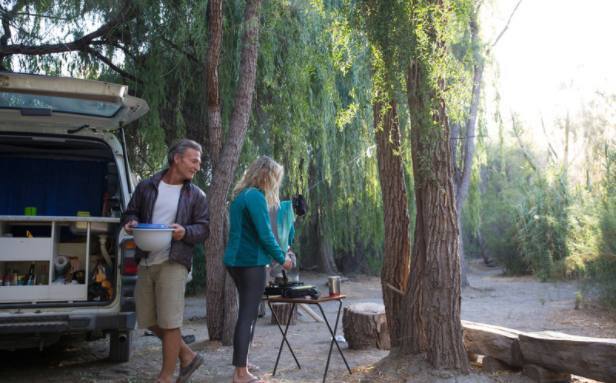 With Georgia and South Carolina's lush countryside surrounding Augusta, you shouldn't have any trouble finding somewhere peaceful to park. Situated just 8 miles from downtown, Heritage RV Park is one of the best campgrounds in Augusta. All sites come with full hookups with max amp electrical service. While there's not a lot to do around, you'll be just a few minutes from the heart of Augusta. You'll also be a 10-minute drive from the Augusta National Golf Club, in case you're in town for the Masters. Amenities are standard and include Wi-Fi access and restrooms.

Looking to camp lakeside? Then check out the Petersburg Campground, a U.S. Army Corps of Engineers campground located along the edge of Clarks Hill Lake — now called J. Strom Thurmond Lake. The Petersburg Campground is just 25 miles from Augusta and is a hidden gem. Most sites offer views of the water and come with partial hookups with 50-amp electrical service. After you've settled in, take a dip in the lake or cast a line off the fishing dock. Amenities are basic and include a dump station, vault toilets, and showers.

Escape civilization altogether and spend a secluded night at Mistletoe State Park. Located farther along J. Strom Thurmond Lake, 33 miles from Augusta, this campground provides shaded sites with partial hookups and 15/20/30-amp electrical service. Mistletoe State Park is excellent for getting outdoors, with 15 miles of nature trails surrounding the camp, as well as a sandy beach and a boat ramp so you can make the most of the lake. There are also some basic creature comforts, like laundry facilities, a dump station, and restrooms.