RV Rentals in California, US 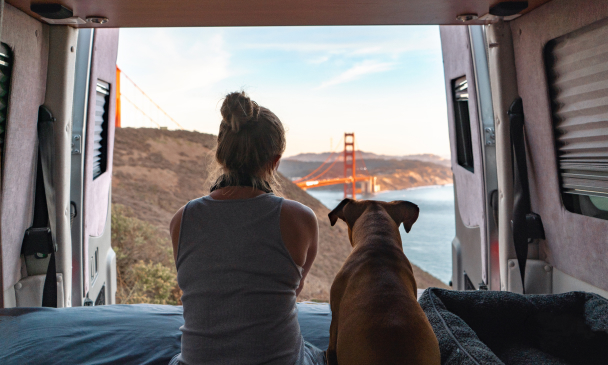 The glitz and glamor of Hollywood, mile after mile of stunning wine country, and some of the best national parks in the US are just a few reasons 50 million people visit California each year. And as the most populated state in the US, locals seem to love Cali too. The Golden State is also the third-largest state by area, making it perfect for a long-distance road trip. Looking to escape the rain back home? California has one of the best climates in the country, with an average of 284 sunny days each year in LA.

Plan a trip to Northern California and discover San Francisco's iconic Golden Gate Bridge and tour the State Capitol Building in Sacramento. Or, travel down to Southern California to mingle with celebrities in Los Angeles, laze on the beach in San Diego, and hike through a desert wilderness at Joshua Tree National Park. Whatever you're looking for, you'll find it with a camper rental in California.

The best time to book an RV rental in California depends on where you're going. Southern California is best in the spring when it's still cool enough to explore the great outdoors, and there are fewer tourists. You'll also get to experience events like Fiesta Cinco de Mayo and the world-famous Coachella Music Festival. If you're visiting Northern California, the fall is the best time to plan a getaway. The weather stays comfortably in the mid-70s, and it's harvesting season in Napa Valley. Treat you and your crew to an exciting trip across one of the sunniest states in the country with a California motorhome rental. 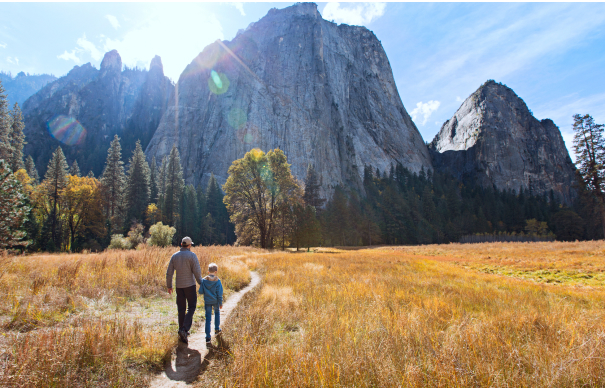 Best of The Outdoors in California

It's no secret that California's landscape is among the best in the US, meaning you won't be short of opportunities to step off the beaten track during your stay. Breathtaking forests, pristine beaches, vast deserts, and much more await anybody road-tripping across California.

Yosemite National Park is regarded as one of the most beautiful national parks in the country, covering nearly 750,000 acres of rugged cliffs, picturesque waterfalls, and lush valleys high in the Sierra Nevada Mountains. Hike to the top of iconic El Capitan and take in panoramas of Yosemite Valley. Birdwatchers will want to along their binoculars to spot some of the 165 bird species that call the park home, including mountain chickadees, American dippers, and peregrine falcons. If you'd prefer to relax, there are several lakes and rivers where you can spend the day fishing surrounded by serene woodlands. Yosemite also provides 10 basic campgrounds with RV sites so you can spend the night.

Campers staying in Southern California won't want to miss out on a woodland walk through Sequoia National Forest, home to the largest concentration of giant sequoias globally. One of the most famous sights at Sequoia National Forest is General Sherman, the tallest tree in the world at around 275 feet tall. You should also plan ahead and book a guided tour of the dazzling marble Crystal Caves. If you're planning to camp at Sequoia National Forest, there are a handful of campgrounds with basic sites for RVs. The city of Bakersfield is only 20 minutes away if you'd prefer to stay at a modern campground with full hookups. 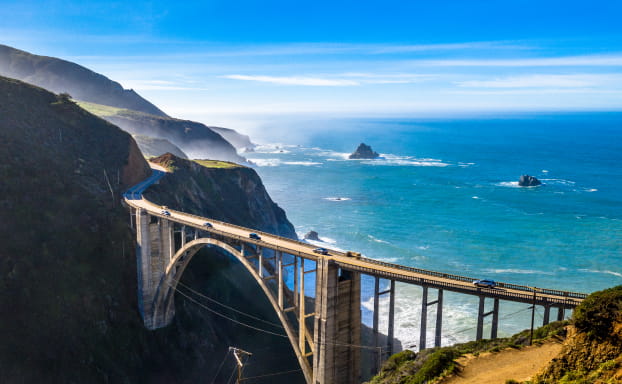 Best Things to Do in California

California isn't just great for getting outdoors — world-famous landmarks, thrilling amusement parks, and historical monuments make The Golden State superb for a family vacation or a solo getaway. Searching for the perfect Cali adventure? Drive along the Pacific Coastal Highway. This oceanside drive runs for 600 miles from San Francisco to San Diego and is considered one of America's most scenic highways.

Anybody searching for family fun in Southern California won't want to miss out on Disneyland. The original Disney theme park, Disneyland offers dozens of hair-raising rides for all ages and the chance to meet some of your favorite fictional characters. Once you're done touring Disneyland, stick around and experience one of the park's many elaborate shows and parades. Campers won't have trouble finding somewhere to stay near Disneyland, with downtown LA just 30 minutes away.

San Francisco is home to some of the most famous landmarks in California. If you're looking for a unique day out, hop on the ferry to Alcatraz Island. Part of the Golden Gate National Recreation Area, Alcatraz was a notorious federal prison until its closure in 1963. Today, visitors can take tours of Alcatraz, hear legends about the facility, and see the cells of infamous former inmates like Al Capone and George "Machine Gun Kelly" Barnes. Alcatraz is easily accessible from San Francisco, and there are lots of peaceful, well-equipped campgrounds like Pillar Point Harbor RV Park and Treasure Island Mobile Home & RV Park within 20 miles.

California's southernmost city, San Diego is another gorgeous setting for a family vacation. The San Diego Zoo is among Cali's top attractions and is one of the best zoos in the world, with roughly 800 species in the museum's collection. While at the zoo, you'll come face-to-face with dozens of endangered critters, including polar bears, red pandas, and the largest koala colony outside Australia. One of the best ways to experience the zoo is from above while riding the Skyfari Aerial Tram. The zoo's position within Balboa Park means you'll be within 20 miles of some of the best campgrounds in California, like the San Diego Metro KOA and Chula Vista RV Resort.